As we take a breath and look at the calendar, it’s hard to believe we’re halfway through the fleeting season of summer.  The riot of wildflowers and periods of harvest from the land amaze us with the Lord’s beauty and provision, even as we are also consumed with visitors, extra travel, unplanned events, and the fullness of normal life and work.  God is faithful, and we’re happy to share a glimpse of the joy from the summer rhythms of Bible day camp and fishing during our last two trips to Grayling (June 12-17 and July 5-13). 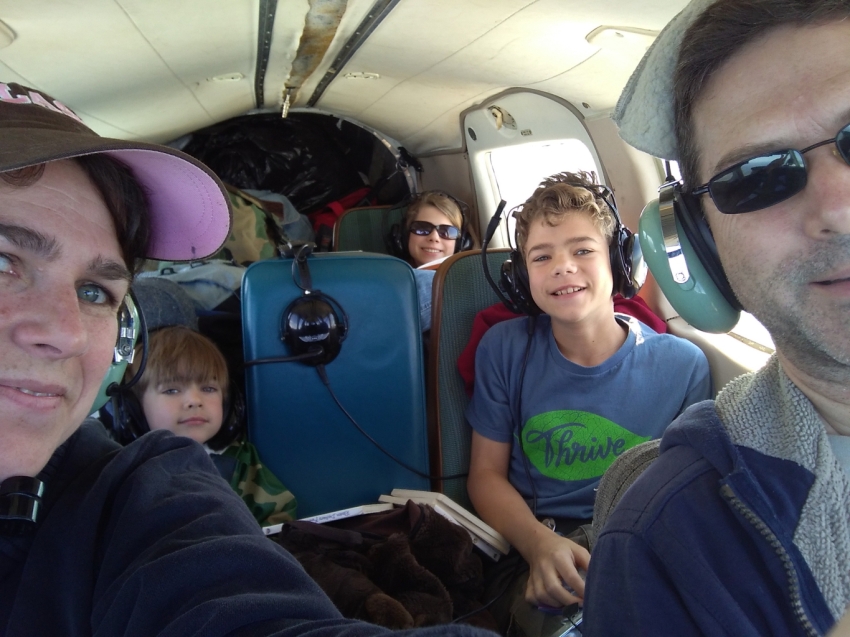 Summer flying: so much easier to maneuver and roomier than with winter gear!

4:20am: Clearing the room of invading moquitoes and sealing found leaks. This horde of wanna-be’s is securely on the OTHER side of the screen. 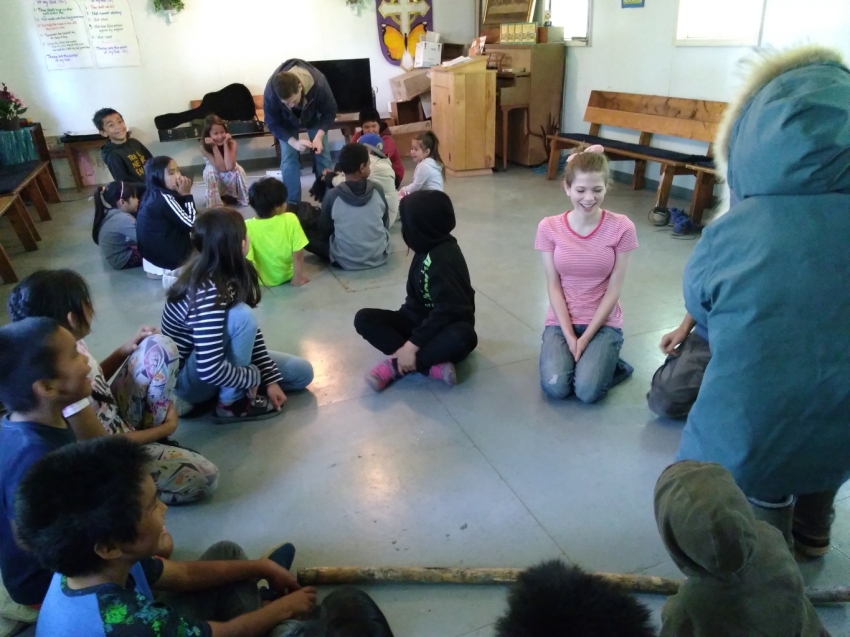 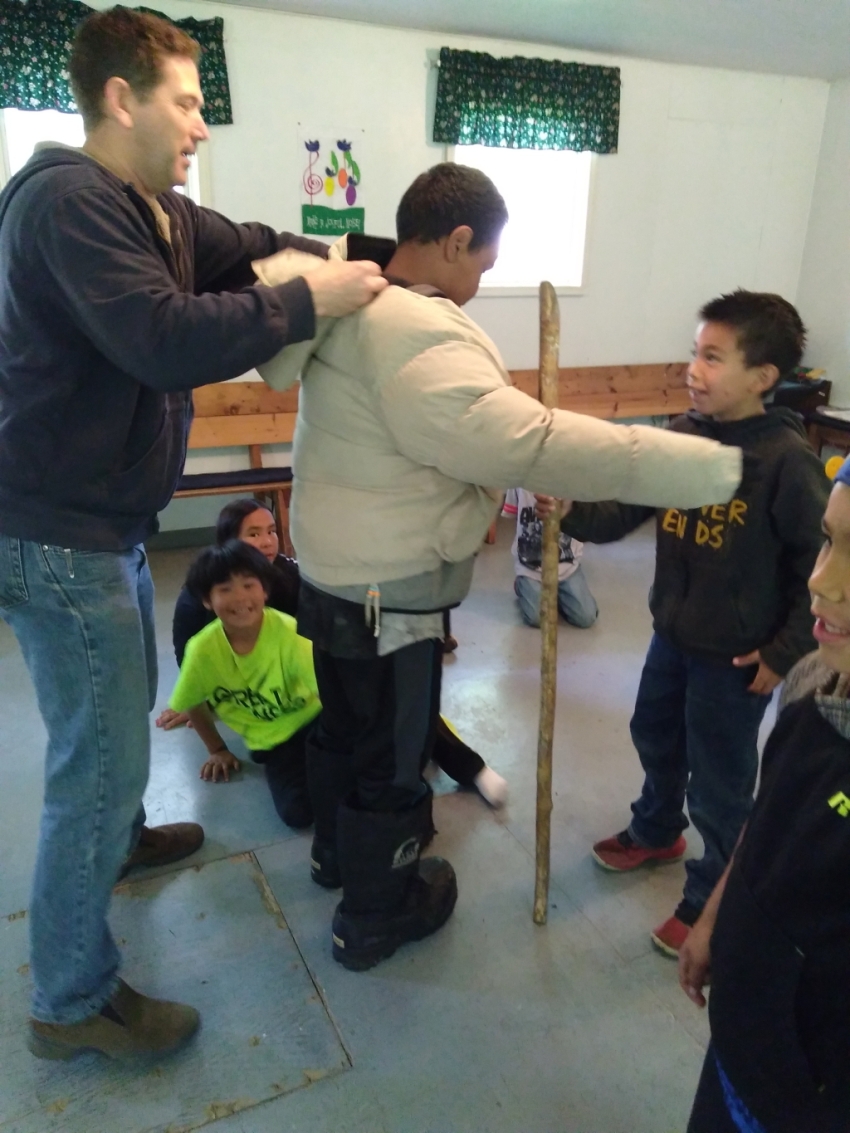 “Going on a journey”: the wilderness wanderings

The temps near 90* made everyone want to jump in the river and stay there!

When boats were coming and going from fishing, they always made passes to give the kids some wake. 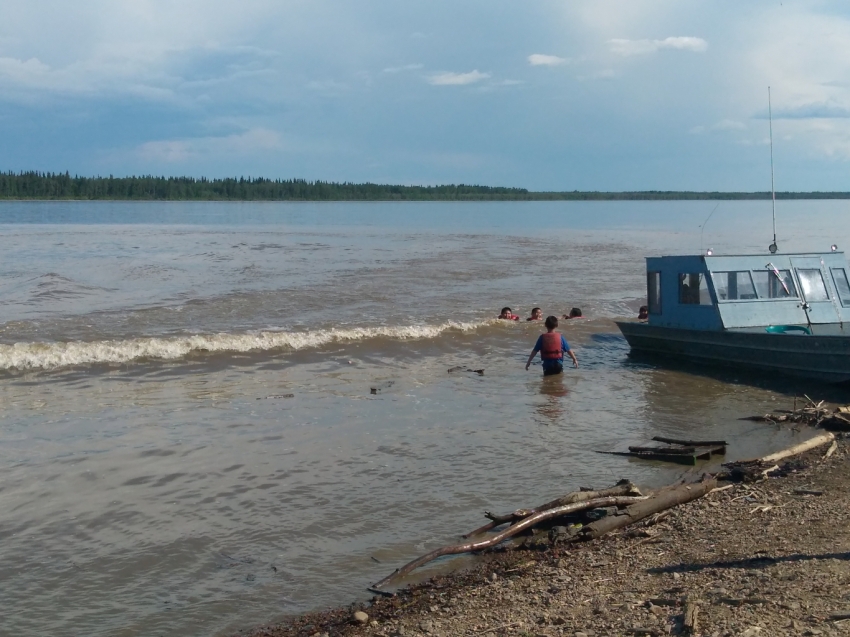 Lots of drift coming down the river. The kids captured this log and spent the next hour and a half pulling it up river to the edge of their boundary and then floating back down on it – over and over…. So fun to watch them enjoy each other. 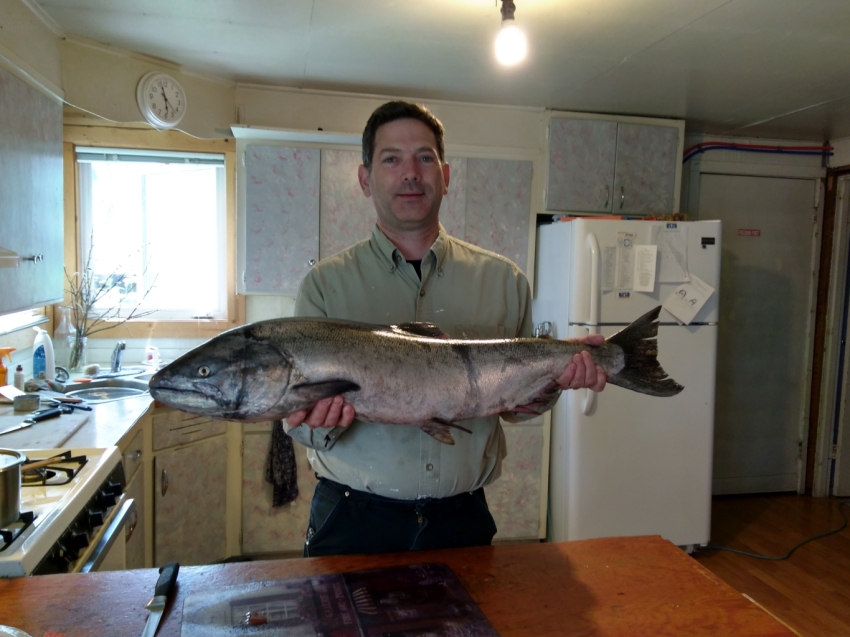 The wild roses outside the house were beautiful, and the kids looked pretty great, too! 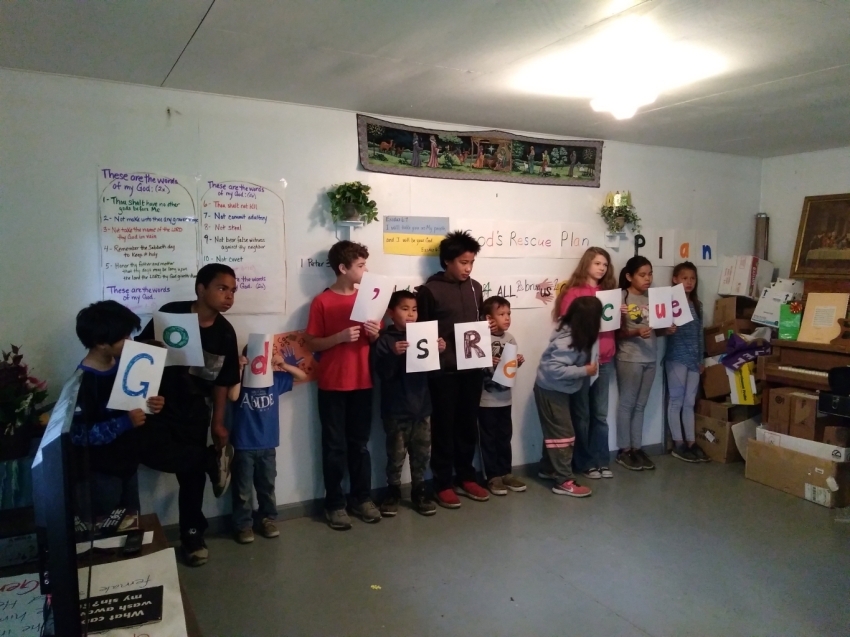 Final day of Bible Day Camp: God’s Rescue Plan. We are so thankful for each child who came each day and pray for the gospel to bear fruit in their lives.

We set each day’s memory verse to music.

Song and handmotions made memorizing the Ten Commandments engaging and amazingly easy for the kids. 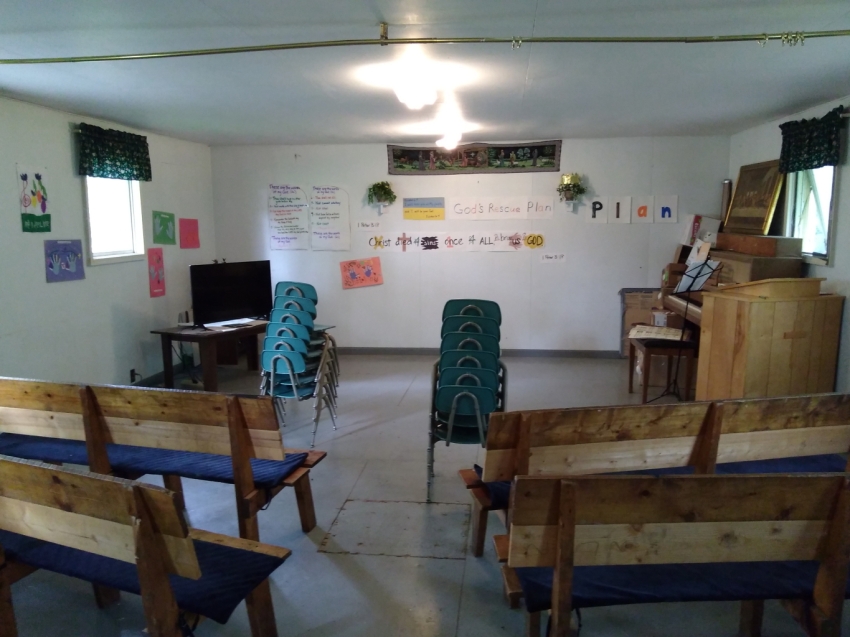 Grayling Bible Church (view to back)

There is rarely such a thing as a “normal” flight. On our trip home in June, we diverted to McGrath for a stop, which gave us some unfamiliar fabulous views! 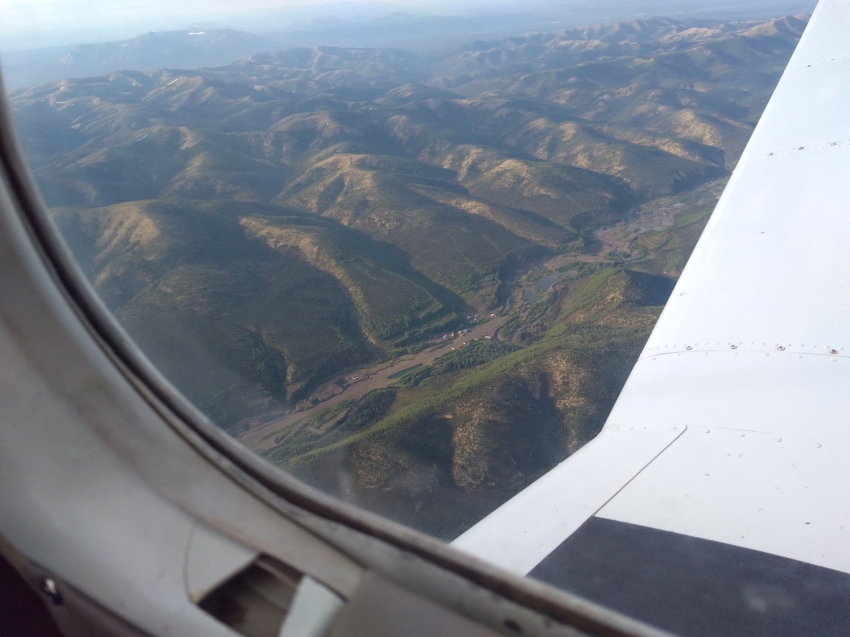 July 8: even though he was already done with his fishing, a friend took James out. The first several drifts pulled in 13 fish, and then their last drought netted 15. Thankful to have 10 Yukon kings in the freezer! 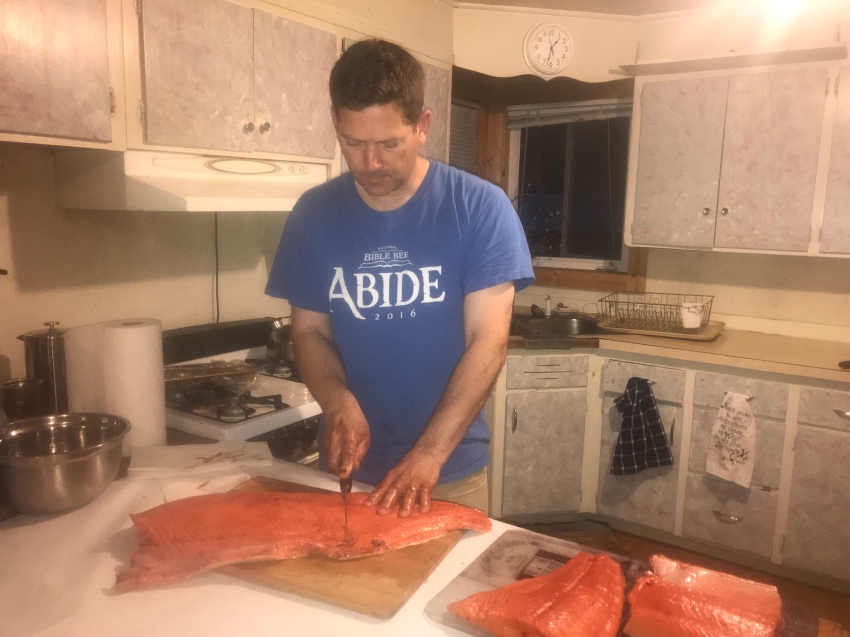 Our flight back to Fairbanks was delayed 4 days because of smoky conditions across the Interior. Fairbanks was still under some heavy smoke when we were finally able to make it in under VFR conditions. 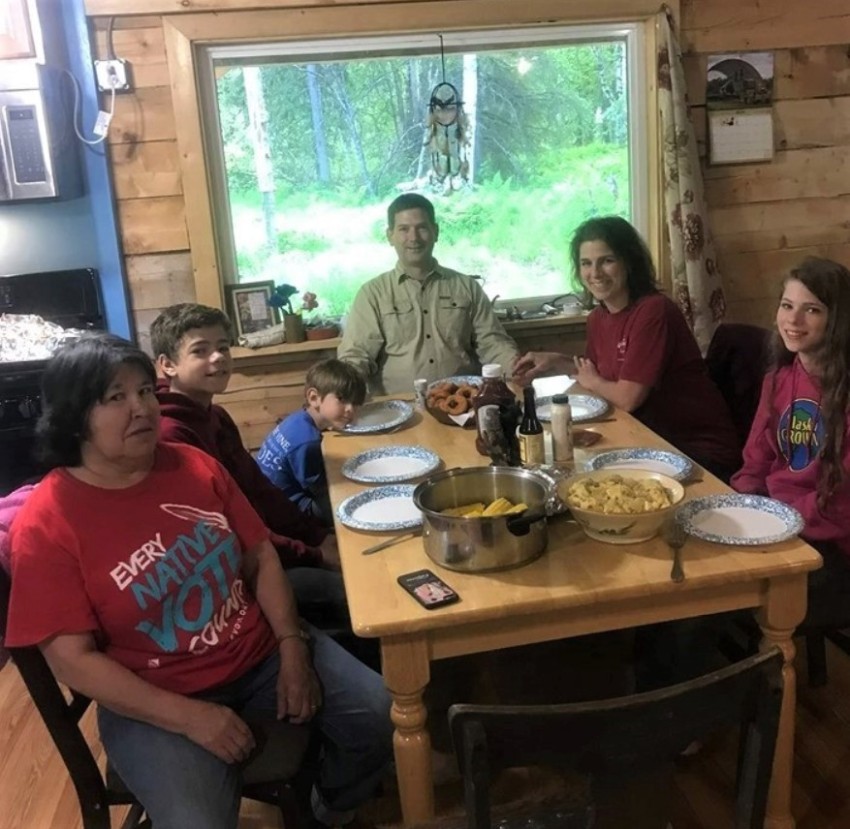 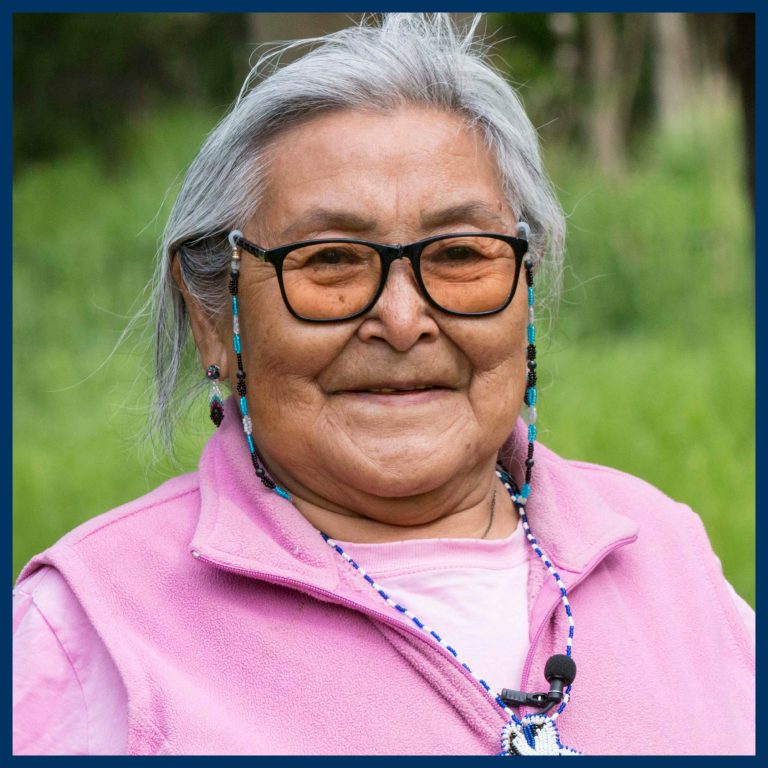 Interview with Mary Deacon (by Tanana Chiefs Conference) on her life.
During our extended time in Grayling, we hosted a language lesson in our home during which Mary told stories in her Native Holikachuk language.